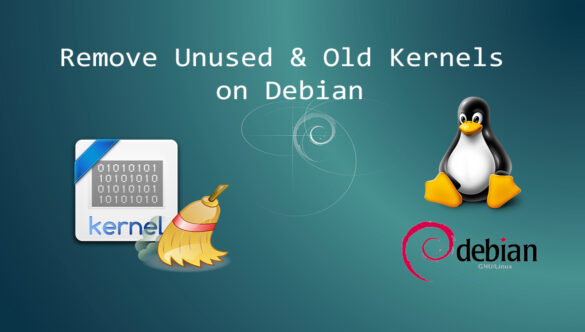 To prevent your /boot partition from getting full, you need to configure the automatic removal of old kernels, or manually remove old kernels regularly.

You can remove old kernels using the following command in a terminal:

Note that the apt-get autoremove command will not remove all automatically installed old kernel providing packages as fallback versions are kept. Also, the list of kept kernels is maintained and automatically updated in the file /etc/apt/apt.conf.d/01autoremove-kernels as a list of matching regular expressions.

Errors when getting the /boot is full

The package manager cannot install a pending upgrade due to a lack of space. Additionally, apt-get can not remove a package due to broken dependency.

This problem can be fixed from the terminal by manually removing one or two old kernels and then we can provide the package manager enough space to install the queued upgrade. This article will show you how to remove old kernels in a manual way.

Note: In this article, I’m performing all the operations inside the root login.
In Ubuntu 16.04 and earlier there may be leftover temporary files from previous kernel updates. First, remove it.

Check the version number of the currently running kernel, which you DO NOT want to remove.

List all the kernels, excluding the booted one (4.4.0-124-generic in this example), in the package database and their statuses.

To free space in /boot we’ll remove an initrd.img file for a suitable old kernel manually, this is necessary due to a kernel packaging bug.

Now use dpkg in order to purge the kernel package for the same old kernel:

NOTE: The previous command will probably fail, as there probably is a depending linux-image-extra package installed together with a ‘generic’ kernel package. The output of dpkg tells the name of the package. Purge-it first.

Finally, we will fix the package installation process that previously failed.